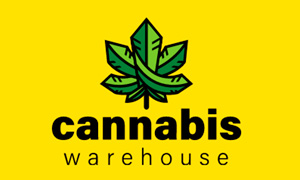 Menu
R0.00 Cart
NATIONAL DELIVERY
Treat yourself to the best cannabis and widest variety strains at home today. We deliver discretely anywhere in South Africa.
JOIN NOW
CHECK OUT OUR LATEST PRODUCTS
We stock from the latest products to the old faithful's. We got you covered SA!
WELCOME TO CANNABIS WAREHOUSE
Sign Up To Our Membership Services And Enjoy Total Freedom With Our Products
VIEW OUR SUBSCRIPTIONS

Marijuana has to be the most misunderstood psychoactive plant in the world. The herb has a rich yet turbulent history, dating back to the oldest civilizations, and has remained the most popular drug in the world for centuries.

Weed and all its wonderous compounds have a multitude of effects and applications, from being a recreational and medical aid to Hemp’s (cannabis’ cousin) potential as a source of renewable energy and sustainable building material.

Having been around for so long, there are a lot of myths and misconceptions surrounding the plant, its effects and applications. Over the years, science has cleared up most of these foes like how cannabis makes men sterile, or how it’s “a gateway drug” and/or will eventually cause dementia.

Most, if not everyone knows by now, that’s all nonsense. So here – courtesy of Cannabis Warehouse– we’ll be taking a look at some of the more light-hearted myths and lore still surrounding cannabis use today.

1) Indicas are sedating – Sativas are stimulating

The terms Indica and Sativa refer to the plant’s biological makeup and not the psychoactive effects. Indicas are shorter more stouty plants, with thicker stems, broader leaves. Sativas, on the flip side, are more narrow plants which grow taller and have beautiful luminous green foliage. Sure, there are some differences in each strain’s psychoactive effects – but with the genetically manipulated hybrids around today, there is no real relationship between THC/CBD levels and whether a strain is an Indica-dominant or Sativa-dominant.

What is more important to consider is the overall cannabinoid composition and the terpene profile (not just the lineage) when choosing the weed you would like to purchase.

Some strains, particularly the couch locking-type, like Wedding Cake, might not be a good choice for daytime smoking. But a strain like Blue Dream, on the other hand, has become a world-renowned daytime strain. A cross between Blueberry and Haze, Blue Dream delivers swift symptom relief without the heavy sedative effects making it a popular day-to-day medicine for treating pain, depression, nausea, and other ailments that require a high THC content.

2) Eating a mango before you smoke will intensify your high

It’s been said that eating a mango 60-90 minutes before you toke can increase your high and/or prolong it. The theory stems from the most prevalent terpene found in mangoes: Myrcene. Myrcene is responsible for the aroma of a herb, fruit or vegetable but terpenes don’t just give off aromas. They can cause a myriad of different physiological and psychological effects – like Myrcene’s ability to enhance the penetration of cannabinoids through the blood-brain barrier.

But the levels of Myrcene contained in one mango are not enough to support such an effect. You would need to eat about five mangos. Mango salad, anyone?

This one seemed to be up in the air for some time, but after many decades of back-and-forth studies, recent University of Louisville research has determined that smoking weed does not, in fact, kill off your brain cells. This echoes a 2003 study in the Journal of the International Neuropsychological Society published by Cambridge University which made the same claim.

Artists, writers, actors, inventors and even politicians have all praised the herb throughout history. But how much more creativity does marijuana actually spur on? According to a recent study, professors at Leiden University found that weed only produced an “illusion of enhanced creativity.” However many creators will dispute these findings – and besides, we think it’s subjective.

Contrary to popular belief, cannabis does not decrease pain. It can, however, make the pain more bearable. To be more specific, cannabis does not block pain receptors the way other medications do, but the sensation of being high can help those in pain feel more comfortable, especially those with chronic pain where long term pain medication could pose health problems like dependency.

There are also certain strains that may work better than others when it comes making pain more bearable like 9 Pound Hammer, available through Cape Cannabis Club. With THC levels ranging between 17-21%, the effects can be heavy and long-lasting, making 9 Pound Hammer useful for pain and stress.

6) Cannabis is safe for pets to inhale or ingest

While it’s not an accepted practice among vets just yet, CBD extracts (with minimal THC) are being used for pain and inflammation, arthritis, gastrointestinal issues, epilepsy, stress and anxiety, travel sickness, separation anxiety, allergies and skin problems in both cats and dogs. While CBD has been proven to be safe, THC is dangerous and toxic for pets. In extreme cases, or when an animal is in severe pain or facing it’s final weeks/days, THC may be administered to help ease symptoms. However, you should never allow your pet to ingest THC in any form (oils/extracts, flower, edibles) without the guidance of a certified vet.

7) Holding in a hit gives you a greater high

This one is a total myth. It only takes about 3/4 seconds for a person’s lungs to take in as many cannabinoids as they can from a hit. Any longer would be pointless and probably harmful. Just take bigger hits and smoke premium cannabis.

8)  Cannabis enjoyers are unproductive and lazy

Sure, being really high can make you feel fatigued but being a stoner does not automatically make you lazy and unproductive in general. No evidence out there suggests that cannabis use is associated with low motivation or intelligence.

There is evidence that young smokers may inhibit some brain development with regular use, but there is none to suggest that these people will turn into social delinquents. In fact, there are a multitude of stoners who are successful achievers like Sir Richard Branson, Barack Obama, Bill Gates and more. With that being said, take your cannabis game to the next level and visit Cannabis Warehouse website to explore their list of memberships and strains.

For more information on Cannabis Warehouse Online, click the links below or head on over to www.cannabiswarehouseonline.co.za – Sign up today and your premium cannabis delivered straight to your door.